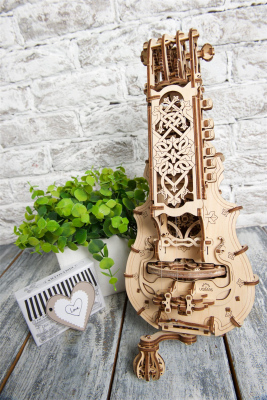 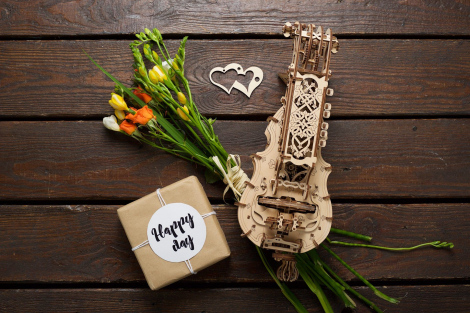 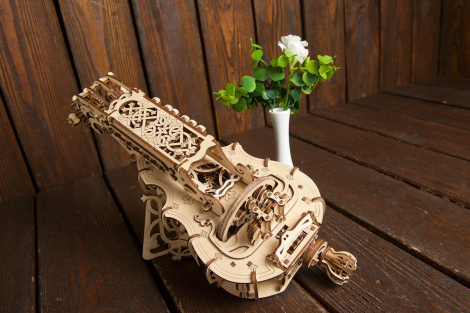 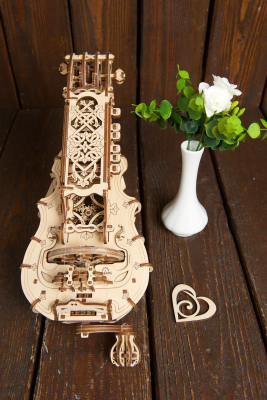 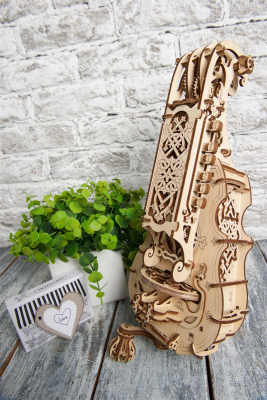 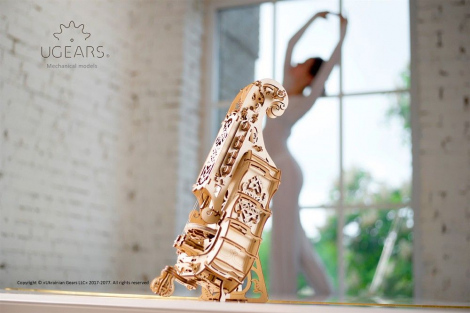 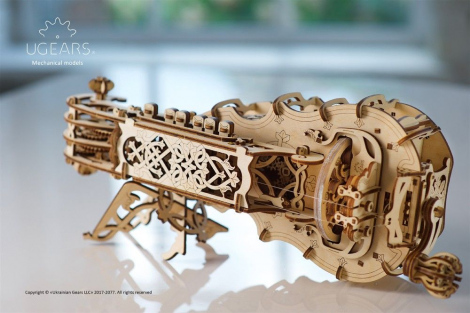 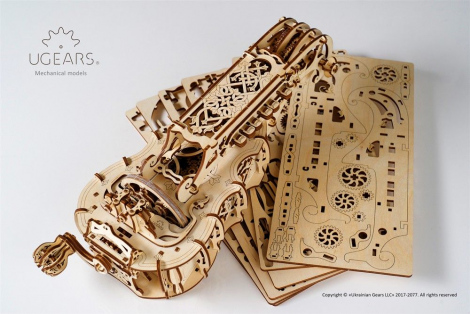 Ugears keeps expanding the creative world of hobbies and opening an assembly process as an exciting game. Inspired by the art of Celtic and Scandinavian medieval craftsmen and enriched by smart engineering of the XXI century Ugears is introducing — Hurdy-Gurdy – the world’s first mechanical musical model and the genuine gem of the collection. It is the most extraordinary mechanical model kit which is all-in-one: model for self-assembly, toy and fully fledged musical instrument. The Hurdy-Gurdy plays dancing melodies, from folk to modern, being the bridge between the medieval times and the present day. The unique blend of the joy of creation, playing music, and engineering and design. Just build it together with your own hands and feel like Stradivari or a popular Hurdy-Gurdy star! The Ugears Hurdy-Gurdy model was successfully launched on Kickstarter in July, 2017

The model has a melody string for playing melodies and a bourdon string for a background sound. 6 keys correspond to 6 notes that are played by pushing the key while rotating the crank. The released keys provide one more, seventh, note. The second (bourdon) string is tuned by tuning the peg in unison to the melody string or in any melodic interval (quart, quint, octave). The construction kit includes pieces of rosin to wax the wheel and improve the sound.

The Hardy-Gurdy by Ugears is a full-fledged musical instrument. It’s easy to play dancing melodies, from folk to modern. To start the music flowing, the player just need to crank the handle with one hand.