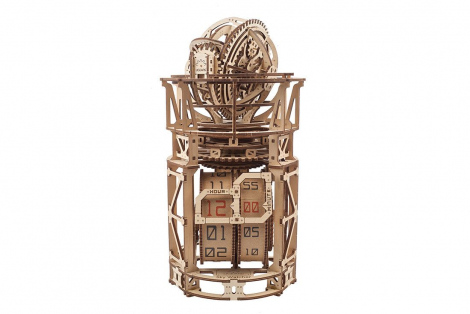 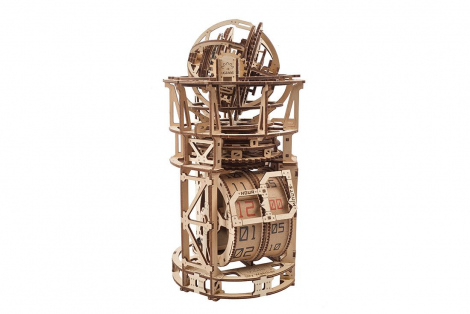 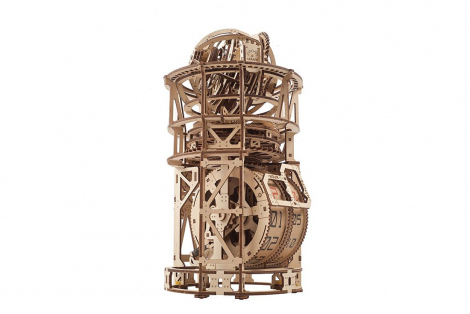 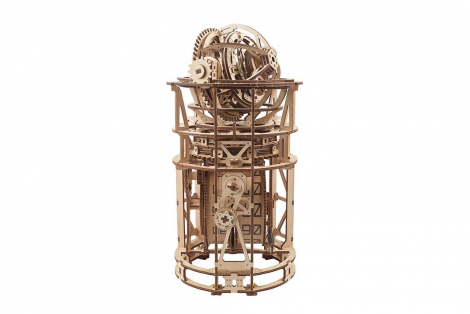 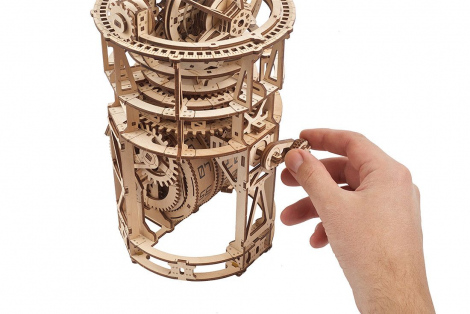 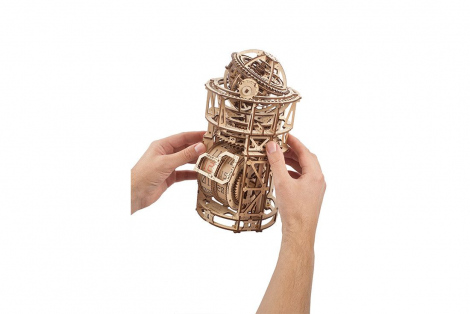 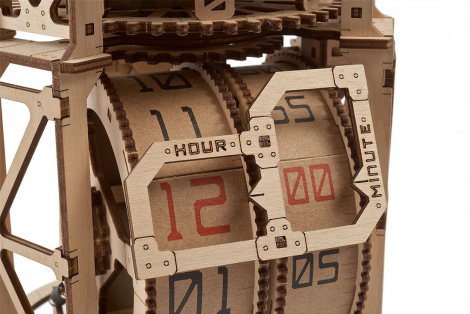 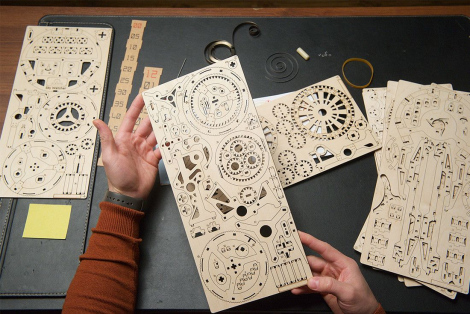 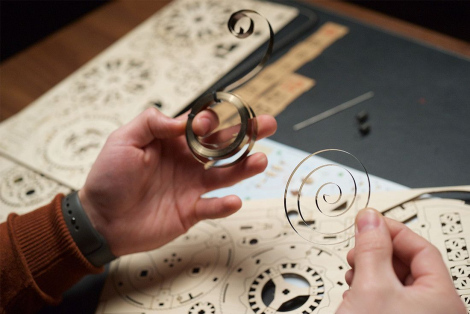 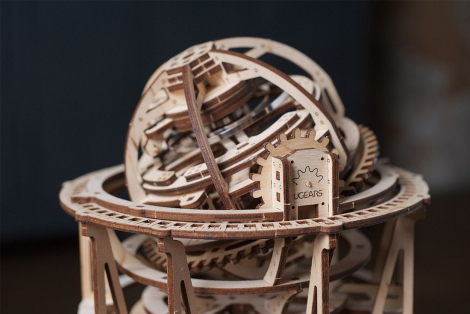 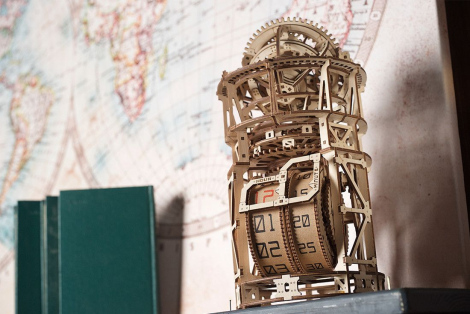 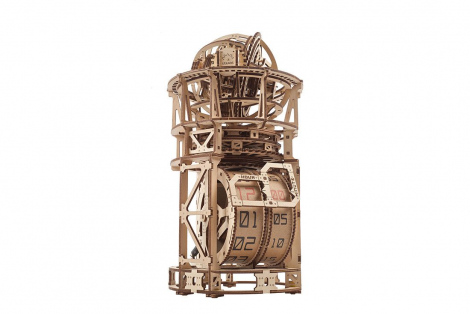 The Clockwork Universe theory favored by 17th C deists held that the Earth and the heavens, and all their motions, were like a giant clock, with God as the Clockmaker. Newton's three laws of motion and the principle of universal gravitation were thought to be sufficient to explain phenomena of any kind, using mechanical conceptions. At Ugears we love mechanical conceptions! And so with a nod to Isaac Newton, we present the Sky Watcher Tourbillon Table Clock, a fascinating combination of imaginative celestial observatory and functional table clock!

For years, Ugears fans around the world clamored for us to create a functional wooden clock model. Together with the gravity powered, wall-mounted Aero Clock, and now the spring-loaded Tourbillon Table Clock, we have doubly delivered! Clocks are complex mechanisms. We bet you never thought you could build your own clock out of wood, and have it keep accurate time! But with Ugears models, you become a creative partner in an amazing mechanical adventure. To create this amazing DIY clock made out of natural wood, our designers and engineers solved complex problems of friction, gearing, tooth strength, torsion of the clock body and tourbillon axles under spring load. Now the challenge is yours, to build it, bring it to life, and become the clockmaker in your own steampunk universe.

The standout feature of this functional and beautiful wooden model table clock is the rotating tourbillon that sits on top. In wrist and pocket watches a tourbillon mechanism helps increase accuracy by counteracting the effects of gravity when the watch is stationary. By seating the escape and balance wheel within a rotating cage, slight errors in timekeeping introduced by the force of gravity are averaged out. In table clocks and wall-mounted clocks a tourbillon often serves a more decorative purpose. This is true of the Sky Watcher Tourbillon Table Clock from Ugears, where the sphere of the tourbillon has been styled to resemble a large telescope observatory scanning the celestial sphere, like those at Mauna Kea in Hawaii. Perhaps it is creating a map of the heavens? Conducting infrared studies? Or maybe searching for new planets or signs of intelligent life?

The Sky Watcher tourbillon mechanism has three axes of rotation: around the vertical axis of the clock, horizontal axis of the clock, and relative to the central axis of the inner sphere. The wind-up clock operates based on the accumulation of potential energy in a flat spring, and the metered release of this energy. When the model is fully wound it can power the timepiece for approximately 2-3 hours, sufficient for long observation of the mesmerizing mechanism, or to provide a pleasant background ticking clock sound and visual diversion for a period of work or rest. Rather than an all-too-common clock face with hands, we have created additional interest by having the time display placed on reels. The minute reel rotates smoothly with the progress of the tourbillon, while the hour reel marks the passage of time with a percussive mechanism.

Mechanical adventure awaits when you order your Sky Watcher Tourbillon Table Clock, an exciting addition to the Ugears catalogue of 3D puzzles, DIY model kits, automatons, robots, wooden puzzle boxes and STEM Lab model kits. This model kit is definitely not for beginners, but will prove a delightful challenge for more experienced modellers. When assembling your Tourbillon Table Clock, the complexity of the mechanism must be taken into account. Remember, to keep accurate time, your clock requires lubrication and a neat, tidy assembly. Thanks to a balance wheel, the model allows for adjustments to its timekeeping whether the clock is running fast or slow, and of course you can set the current time on the display by turning the reels: minutes first, then hours.