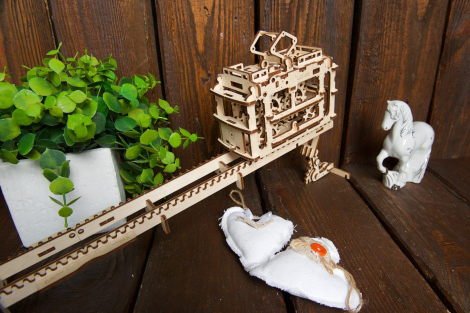 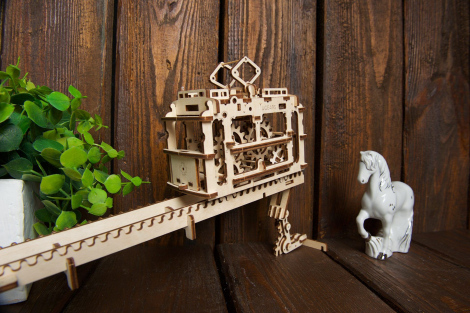 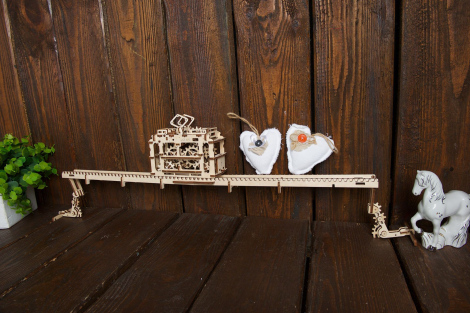 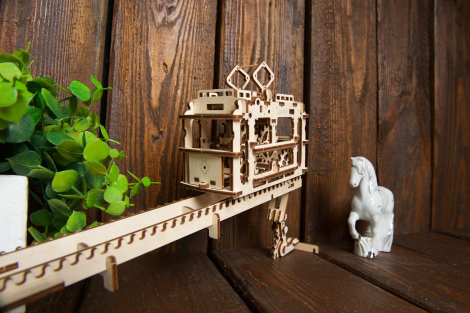 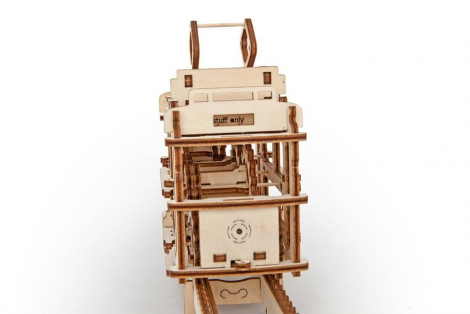 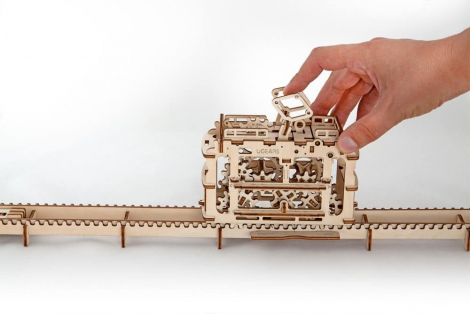 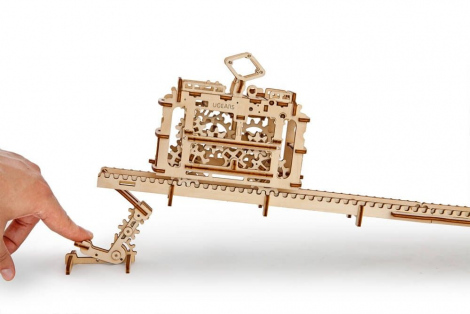 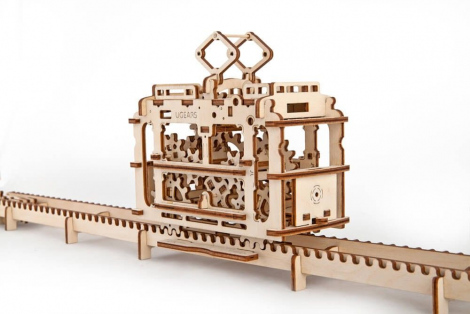 A tram (also known as “tramcar,” “streetcar” or “cable car”) is one of the oldest forms of urban transportation. The UGEARS Tram is inspired by the earliest streetcars and funiculars and is probably the most romantic model in our catalog.

In addition to displaying a great deal of retro flair, the Tram can actually travel on its included adjustable tracks. In level mode the Tram cruises the rails under the power of its wind-up rubber band motor. In incline mode the Tram simply employs the power of gravity along with its gear-drive transmission to gracefully scale down tracks. The Tram even has a hidden box for carrying messages to a special passenger waiting at the next stop.