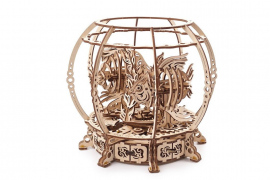 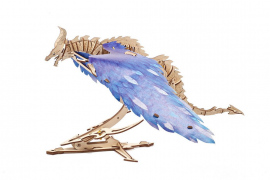 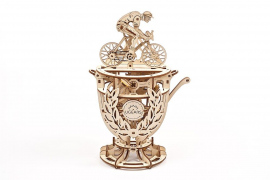 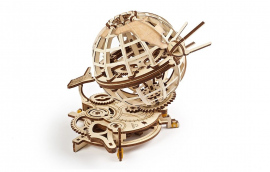 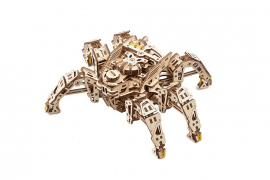 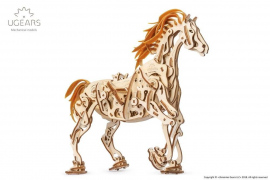 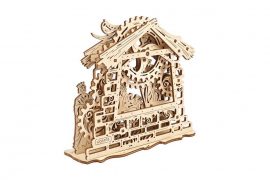 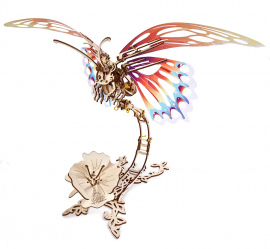 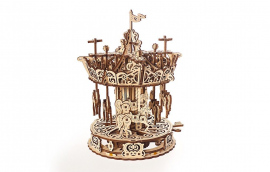 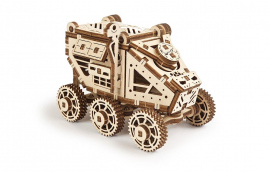 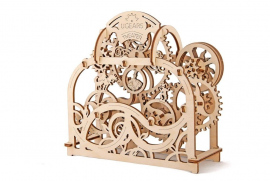 Automatons: the world of living mechanics.

Even in ancient times, people sought to recreate their lives with the help of technology. So, in ancient Greece, they created flying wooden doves, toy city clocks with pendulums, fountains with moving elements, and even moving sculptures - for example, a walking statue of a character from ancient Greek mythology Daedalus.

These figures were in fact the world's first robots. Most often they were created for the entertainment of the rich and influential people. In the twentieth century, the Czech writer Karel Capek called mechanical figures that can perform certain actions, repeating the movements of creatures or objects from real life, automatons. And this is the name that came into use.

UGEARS engineers, using unique technologies, have created a collection of do-it-yourself automaton constructors. These wooden 3D puzzles reproduce the movements of their prototypes as realistically as possible, have a sophisticated steampunk design and are driven effortlessly - using a rubber motor, no external power supplies or batteries.

The highlight of the line of mechanical models of automatons is "Butterfly". It's amazing how a wooden construction set can easily move with the same grace and ease as a real butterfly. Openwork Butterfly wings are made of craft cardboard. We offer two sets of wings: colored and light beige, which can be painted to your taste. Butterfly is equipped with a special shock-absorbing strut, which makes the flight more realistic. And the flower-shaped platform gives the impression that a butterfly is flying over a flower, about to pollinate it.

Another model of the automaton 3D puzzle line is the “Mechanoid Horse”, which moves on four legs, its mane and tail flutter during movement, and a mechanical heart beats in its chest. Engineers have used a unique technology that allows the Horse to move on four limbs, all leg joints move thanks to the clamshell mechanism. A pendulum is built into the model, the oscillations of which slow down the transfer of energy from the rubber motor to the moving elements, thereby increasing the operating time of the mechanism.

UGEARS wooden automatons are fun for the whole family. For example, mechanical "Theater". The wheels spin, the figures move: a young princess, a winged dragon, a precious treasure chest - a whole fairy-tale world in one model. The theater consists of eight movable gears, on which eight figures are located: Prince, King, Castle, Dragon, Witch, Jester, Princess and Treasure Chest.​

Prefabricated models of automata, like all 3D construction kits from UGEARS, are made of high quality wood. Country of origin - Ukraine.

In the kit you will find sheets of plywood, in which the parts necessary for assembling the models are cut out with a precise laser method. All parts are easily removed and connected to each other without glue and without the use of any other additional tools. Also included is a step-by-step illustrated instruction in 11 languages ​​that will help you assemble the model without difficulty.

Construction sets for adults from UGEARS are not only fun entertainment, but also an original stylish gift for relatives, friends and colleagues. You can get all the necessary information and buy constructors on the website woodlogic.sk. Welcome! Hurry up to plunge into the magic of kinetic paintings from UGEARS, which fascinate as if alive!